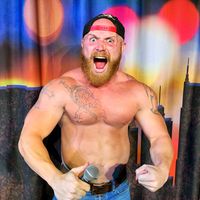 Based in Union SC, Ginger Billy is one of the fastest rising comedians on the planet. With over 10 million followers across social media (around 5 million on Facebook and 4+ million on TikTok), sold out shows nationwide, close to a million YouTube subscribers, and around 80 million views of each of his videos, the new face of redneck comedy is taking over the genre.